Are Men More Prone to Alcoholism?

Are Men More Prone to Alcoholism?

Studies show that men are often more prone to alcoholism and substance use disorders. Why is this the case, and what can be done to help with gender-specific addiction treatment?

Alcohol is one of the most commonly abused substances, and studies have found that men are more prone to alcoholism and illicit drug use than women. However, rates of alcohol use disorder in women have dramatically increased over the past ten years in comparison to men. Also, women are more likely to experience greater health-related consequences due to alcohol consumption than men.

The Centers for Disease Control says on the issue that:

Men are more likely than women to drink excessively. Excessive drinking is associated with significant risks to men’s health and safety, and the risks increase with the amount of alcohol consumed. Men are also more likely than women to take other risks (such as misusing other substances, having multiple sex partners, or not wearing a seat belt), that when combined with alcohol, further increases their risk of illness, injury, or death. Almost 59% of adult men report drinking alcohol in the past 30 days compared with 47% of adult women. Men are almost two times more likely to binge drink than women. Approximately 22% of men report binge drinking and on average do so 5 times a month, consuming 8 drinks per binge. In 2019, 7% of men had an alcohol use disorder compared with 4% of women. (CDC)

The reasoning behind this is not fully known. Some theories show it could be related to genetics and biological makeup. There is a new study that reveals that dopamine may be one important factor. Dopamine plays an important role in how we experience pleasure and reward. Men were shown to have a greater dopamine release than women in response to alcohol. This increased dopamine release had a stronger association with the positive effects of alcohol intoxication. 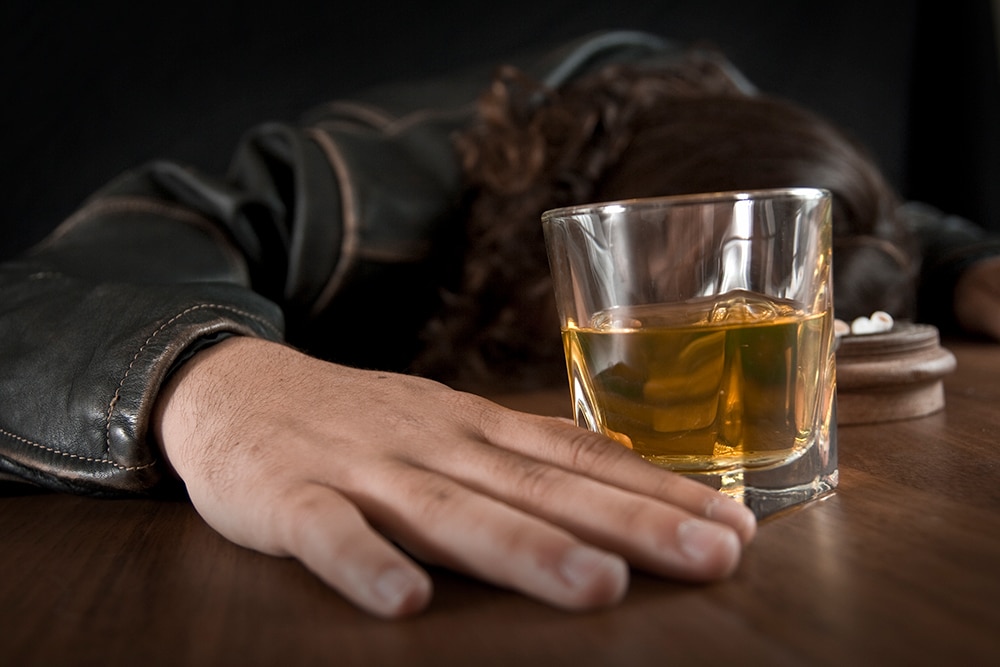 There may be several other reasons why more men struggle with alcoholism than women. First off, men are more likely to begin experimenting and using alcohol and drugs at a younger age than women. Also, men are more likely to do things in excess which means drinking excessively, and a higher rate of accidents related to heavy alcohol use (car accidents, hospitalizations, alcohol-related deaths, and risky behaviors).

Treatment for Men With Alcohol Use Disorder

Also, men tend to handle their emotions a lot differently than women. Women openly express emotion and believe it’s okay to cry and release what they are feeling. Men will bottle up their emotions until they are at a point of no return. This can lead to depression and anxiety which are two common mental disorders seen in people that also have substance abuse disorders. Men also tend to “self-medicate” more than women because they think seeking treatment for a mental illness is considered a weakness.

Another reason why more men possibly struggle with alcoholism is due to the pressure involving life circumstances. Many men feel pressured to exceed at work and often don’t have enough support from family members. Some are also the primary breadwinner for their families, and this puts extra added stress on them. Grief is another reason why more men tend to struggle than women. Men believe it’s socially unacceptable to openly express grief over the loss of a loved one, so they will often turn to substances to escape or cope with their loss.