Dangers of Buying Drugs in the Hood

Dangers of Buying Drugs in the Hood

When it comes to buying drugs in a dangerous neighborhood, risks increase significantly. It is also more likely for drugs purchased in bad neighborhoods to be cut with impurities, leading to an overdose.

When someone refers to “the hood,” they are generally referring to a bad neighborhood or an unsafe part of town. “Hood” is a slang word, one commonly used by those who are referring to illicit drug deals – because illicit drug deals very frequently happen in less-than-savory neighborhoods. When it comes to buying drugs, there is no safe or appropriate place to do. Buying drugs is never a good idea, whether you are buying from a friend, a classmate, or a dealer.

When it comes to buying drugs in a dangerous neighborhood, risks increase significantly. Dangerous neighborhoods tend to have less police activity – of course, if you are planning on purchasing an illicit chemical substance, this might seem like a good thing. Why would you want the cops around? Well, in dangerous neighborhoods there is also more violence, more gang activity, and more opportunities for a drug deal to go wrong. If there are no law enforcement officers around, you will have no one to call for help if and/or when things go south. 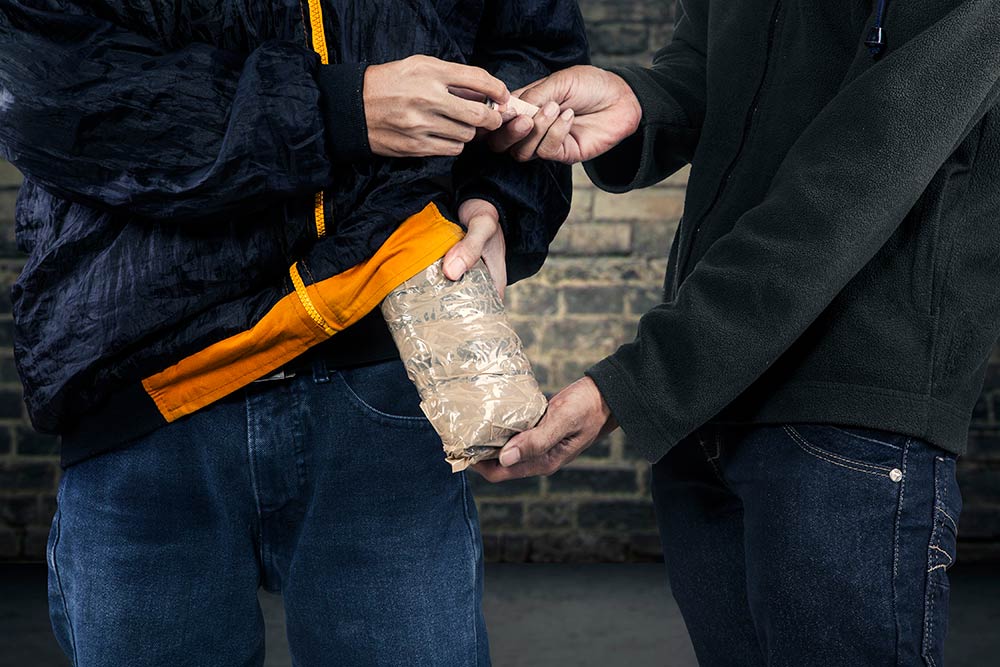 Dangers of the Drugs Themselves

It is also far more likely for drugs purchased in bad neighborhoods to be cut with something impure. Many drug dealers will say they are selling one substance, but in actuality, they will either be selling a less pure version of that substance or a different substance entirely. For example, cocaine dealers will frequently cut pure cocaine with harmful chemical additives, like bath salts or methamphetamine.

This potent chemical combination will result in a set of side effects different from the side effects associated with cocaine, but the dealer will still sell the substance under the guise of cocaine to increase his or her sales. Some dealers will cut drugs with basic household items – items that can be dangerous when ingested. For example, cocaine dealers have also been known to cut their “product” with things like baking soda, powdered dish soap, or cornstarch. On its own, corn starch is not dangerous to ingest – but snorting cornstarch can result in serious nasal passage issues.

The Hood – Then and Now

Back in the 80s and 90s, buying and selling illicit substances was typically carried out in unsafe places. Think dark alleyways, empty parking lots, or abandoned buildings. A shady man in a dark jacket would meet you somewhere private, and you would grab the goods and be on your way. Nowadays, with the rise of substance abuse and addiction throughout the US, buying drugs is about as simple and straightforward as going out for ice cream. Drug dealers are not just shady characters hiding in dark corners and wearing trench coats.

Drug dealers can be high school students, soccer moms, or engineers. Anyone with a prescription can sell their medication and be considered a dealer; anyone with a grow room can sell pot to their friends and be considered a dealer. Drug deals used to be limited to the hood, now they happen in nearly every neighborhood across the US, from upscale neighborhoods in wealthy communities to what some might refer to as the “ghetto.”

If you or someone you know has been struggling with drug addiction and has been purchasing from any source – no matter how reliable it might seem – it is crucial that professional help is sought as soon as possible. We at Absolute Awakenings provide men and women of all ages and backgrounds with the resources they need to get and stay sober. Please feel free to give us a call today to learn more about our program of recovery, or to speak with one of our admissions counselors about getting started on your path of recovery today.