The Science Behind Heroin Addiction

The Science Behind Heroin Addiction

To understand the science behind heroin abuse, we must first look at exactly what heroin is and how it affects the body, and the side effects behind the addiction.

Heroin addiction is a very complex disease defined as a chronic, relapsing disorder characterized by continued use despite harmful consequences, compulsive drug-seeking behavior, and long-lasting changes in the brain. Addiction is a medical and mental illness caused by repeated misuse of drugs or alcohol, such as heroin. 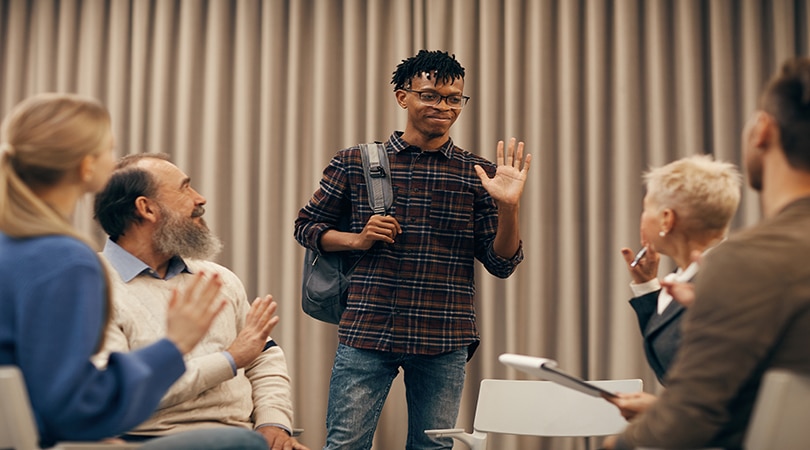 What Is Heroin and How Does It Affect the Body?

To understand the science behind heroin abuse, we must first look at exactly what heroin is and how it affects the body. Heroin is a highly addictive, illegal opioid drug that is processed from morphine, which is a naturally occurring substance; it is extracted from the seeds of the poppy plant. Heroin, like all other opioids, binds to the opioid receptors in the brain and depresses the central nervous system. When someone takes a dose of heroin, it causes an intense euphoric rush and then produces a sense of calm and relaxation.

According to the National Institute on Drug Abuse:

Nearly all addictive drugs directly or indirectly target the brain’s reward system by flooding the circuit with dopamine. Dopamine is a neurotransmitter present in regions of the brain that regulate movement, emotion, cognition, motivation, and reinforcement of rewarding behaviors. When activated at normal levels, this system rewards our natural behaviors. Overstimulating the system with drugs, however, produces effects which strongly reinforce the behavior of drug use, teaching the person to repeat it. (NIDA)

Heroin is one of the most addictive drugs due to the rush and extreme euphoria it produces. The extreme euphoria from heroin abuse is caused by a rush of dopamine and other neurotransmitters flooding the brain.

So, now that we know exactly what heroin is and how it affects the body, we may wonder how someone gets to the point where they can’t stop using it? Let’s take for instance a person that may have a mental illness, such as depression or anxiety, that is not being treated. This individual suffers from an injury or illness that leads them to seek treatment from their doctor. They have been prescribed an opioid medication and start taking it as prescribed.

All of a sudden they are no longer hurting, and their depression and anxiety has gone away. They continue taking the medication long after the pain from their injury is gone because they no longer feel depressed or anxious; this is self-medicating. The behavior continues, and they realize they have become physically dependent on the opioid; if they stop they will start suffering from debilitating withdrawal symptoms.

Now the individual realizes that they feel so much better when they are taking the opioid and that if they stop they are going to be very sick. They go back to the doctor to get another prescription, and the doctor won’t give them one. They may try other doctors as well and are still unsuccessful; this individual is desperate at this point. They don’t want to suffer from the withdrawal and can’t get a prescription, so they turn to heroin. It’s much cheaper and easily accessible.

Heroin prevents them from going into withdrawal, and they get this intense euphoric rush. The dopamine receptors in the brain are overstimulated, and they feel amazing. This individual is at a point where they are willing to do anything to get the drug even if it means committing a crime, stealing, or lying. They can no longer work or lead a productive life. They are now exhibiting compulsive drug-seeking behavior despite any negative consequences; they are in full-blown addiction.

What Is Heroin Use Disorder?

The National Institute on Drug Abuse lists these 11 criteria for substance use disorders.

A lot of people will never understand the science behind addiction. I have heard so many people say “it is a choice”. Well, at first it may be a choice, but with continued use, a person loses control. The brain starts to change, especially in the areas that are responsible for memory, critical judgment, learning, decision-making, and behavior control. Brain imaging studies have been done on addicts and have shown these changes. Addiction or substance use disorder is a disease and just like cancer, diabetes, or any other medical illness, it requires treatment to get better.