We provide men, women, families of all ages, and walks of life with an unmatched level of clinical care when treating heroin addiction.

Heroin is one of the most powerfully addicting substances known and has been abused since ancient times. Derived from the poppy plant, heroin is a member of the opiate family of drugs, many of which are prescription analgesics. However, heroin has no safe medical purposes and is listed as a Schedule I drug by the Drug Enforcement Agency.

It’s also one of the easiest drugs to overdose on. In any given year over the last decade, heroin overdoses have made up about 19 percent of all drug overdose deaths. Over a million people in the US use heroin every year, while 13,000 people die from heroin-related overdoses yearly.

Over the past several years, heroin addiction has become a major health-related issue throughout the United States. Some states, like New Jersey, have been especially hard hit by the widespread opioid epidemic. The National Institute on Drug Abuse reported that in 2018 alone, there were 46,803 opioid-related overdose deaths throughout the country. The state of New Jersey saw a total of 2,583 opioid-related overdose deaths – 90 percent of total drug-related overdose fatalities throughout the state in 2018. Part of the reason why heroin addiction rates have spiked so significantly in New Jersey is the high rates of painkiller prescriptions. During the same year, prescribing physicians in New Jersey wrote 38.9 opioid prescriptions per every 100 residents.

Before medical professionals recognized how potent and habit-forming prescription painkillers could be, they prescribed them for everything from mild to moderate pain. Unfortunately, once government officials realized how dangerous these medications were and began to implement crackdowns, many New Jersey residents had already developed opioid abuse disorders. Rather than seeking treatment, many individuals simply transitioned from prescription painkillers to heroin – a more affordable and easily accessible alternative. At Absolute Awakenings, we provide effective clinical care to men and women of all ages and walks of life who have been suffering at the hands of a heroin addiction disorder. We understand that heroin addiction does not discriminate, and we are dedicated to providing those in New Jersey and all surrounding areas with the comprehensive and highly individualized care that they need and deserve. 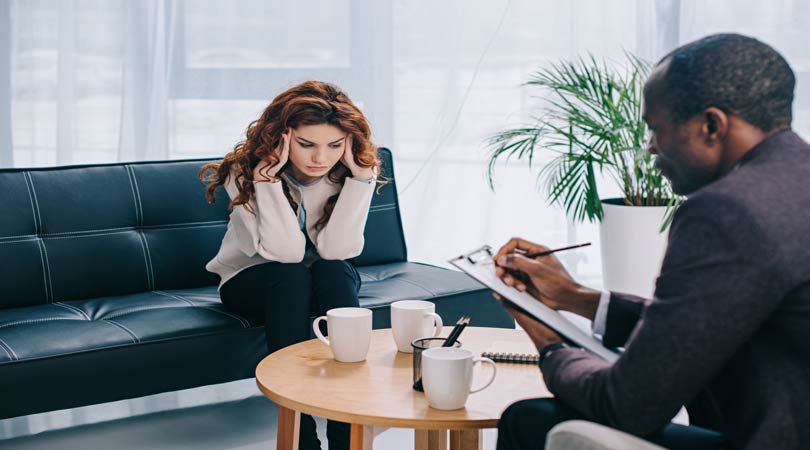 How Does Heroin Work?

Our bodies produce endorphins when we’re under stress or pain. These natural painkillers are also released when we’re performing pleasurable activities, such as having sex, eating, exercising, or relaxing. They control the activities of nerve cells in the brain and body by attaching to tiny, specialized sites on these nerve cells called opioid receptors.

Heroin acts like a massive flood of endorphins, overwhelming the nerves of the brain with feel-good chemicals. Heroin also alters the body’s learning and reward system located in the brain, essentially causing the nervous system to crave heroin all the time.

It’s in these ways that heroin re-wires a person’s brain so that getting and using heroin becomes their only goal and eventually, their purpose in living. Everything else gets pushed aside in favor of heroin.

The Dangers of Heroin Addiction

Heroin may be injected, smoked, or snorted. People who inject heroin often share contaminated needles that expose them to hepatitis C, hepatitis B, and HIV. As well, unhygienic injections cause bacterial infections that can lead to skin abscesses and organ damage.

Another risk of taking heroin involves the unknown composition of the product itself. Heroin users rarely know how pure or contaminated the heroin they buy is. Heroin producers and dealers use filler substances to bulk up their product while reducing the amount of real heroin they’re selling. The filler might be baby powder or powdered milk; it might be another opioid like oxycodone or fentanyl, which is much cheaper to get than heroin and costs the dealer less. Fentanyl, like all opioids, is addictive, but unlike most, it can produce death by overdose in minuscule amounts. Fentanyl combined with heroin is often lethal.

Heroin is infamous for being easy to overdose on. Its potency is measured in micrograms and even a small miscalculation on the user’s part can cause a fatal overdose. Around 35 Americans die every day from a heroin overdose.

Signs and Symptoms of Heroin Addiction

There is no “typical” heroin user. Many people start using heroin when they no longer have access to medication for chronic pain. Older Americans are beginning to increase the ranks of heroin users, as chronic pain tends to escalate over time, yet access to opioid painkillers has become more tightly controlled than it was just 5 years ago.

It’s estimated that over half of heroin users have a co-occurring psychological condition, such as anxiety disorders, bipolar disorder, or depression. Heroin users also tend to be polysubstance addicts; that is, they are addicted to substances other than heroin, which vastly increases the risk of an overdose.

When a person who’s used heroin even briefly stops using abruptly, their bodies will go through withdrawal, and often serious and painful condition that mimics flu at the onset but can lead to seizures. Withdrawal from heroin needs to take place at a detox facility that offers around-the-clock medical supervision.

Absolute Awakenings is one of New Jersey’s premier addiction treatment centers, specializing in heroin abuse and addiction. Some of the programs that we offer include partial hospitalization, intensive outpatient treatment, outpatient treatment, co-occurring disorders, and trauma-informed care. Our main priority is providing New Jersey residents with the quality clinical care they need in a safe, structured, and supportive environment. We believe that no matter how severe a substance use disorder has become, recovery is entirely possible. We believe in a comprehensive approach to recovery, meaning that we simultaneously treat the body, the mind, and the spirit. Therapeutic methodologies have been repeatedly proven as one of the most effective long-term recovery approaches, thus we have incorporated intensive one-on-one and group therapy sessions into all of our levels of care.

We also incorporate a wide range of holistic approaches to addiction recovery. We understand that recovery is far from a one-size-fits-all experience, seeing as no two cases of heroin addiction will be the same. We provide integrated care to men and women who are simultaneously suffering from untreated or undiagnosed mental health disorders and unresolved trauma. Our experienced and compassionate staff members treat heroin addiction comprehensively, leaving no stone unturned.

Unfortunately, many men and women who desperately need heroin addiction treatment in New Jersey fail to seek it. This may be because they are unaware of the plethora of available resources, or because they feel as if their addictive disorder can be effectively managed without professional intervention. At Absolute Awakenings, we believe that the sooner heroin abuse or addiction is treated, the better. Substance dependency is a chronic and relapsing brain disease, meaning that if it is left untreated it will only progressively worsen.

Our integrated program if clinical care was designed with the individual in mind. Our goal is to set a solid and lasting foundation for long-term sobriety, equipping each client with the tools he or she needs to remain clean and sober for years to come. We understand that heroin addiction can affect anyone and that different people will require different sets of recovery methods. If you or someone you love requires quality clinical care in New Jersey, look no farther than Absolute Awakenings.